As the jewelry world’s most diverse (over 1,800 exhibitors) and popular (over 17,000 registered visitors) trade event, JCK delivered daily doses of new jewelry design trends, networking blow-outs and timely insights from June 8 – 13th. What’s more, the Luxury show-within-the-JCK show for affluent retailers glittered with fashion-forward and rare designs, while the GEMS exposition lured thousands who admired and purchased highest quality gemstones, pearls and other treasures. Many compelling booths in the GEMS realm were curated by members of The American Gem Trade Association (AGTA), which returned to JCK, having been away since 2019.

Staged by RX, the 30th annual JCK show at The Venetian and The Venetian Expo in Las Vegas was a happy hunting ground for everything from rare and high luxury jewels to fashion jewelry, naturally mined gems, lab-grown diamonds, diagnostic equipment, jewelry making tools and components like settings and findings. This year, however, JCK also offered its attendees myriad chances to learn about and discuss best practices, systemic improvements and jewelry trends during a dynamic schedule of seminars, panels and keynote addresses.

According to Sarin Bachmann, group vice-president of RX’s jewelry portfolio, “The 2022 edition of JCK exceeded pre-pandemic 2019 attendance numbers and reunited the jewelry industry.” As Bachmann related, “Stylized hearts and other symbolic motifs in the form of medallions or charms were major trends.” Indeed, JCK’s glittering sea of symbolic jewels offered at various price points messaged that along with adornment, jewelry is increasingly being retailed and worn as good luck amulets, or talismans of power. Seattle-based personal jewelry shoppers Todd Oliver and Craig Vicens agreed with this observation.

“Our clients are definitely interested in the psychological benefits that jewelry can offer. Great jewelry changes your mood; your frame of mind, even the way you move through the world,” Oliver said. Making their annual JCK pilgrimage to buy jewels for their roster of high net worth clients who are too busy to shop in person or online, Oliver and Vicens scooped up one-of-a-kind designs from Milan’s Sanalitro Gioielli, Yael Designs, Gasia Jewels, Lauren K, The Mazza Company, Just Jules, Tara Pearls and Sloane Street. “We always find designs here that are new to the market,” Vicens explained. “Rare, innovative and one-of-a-kind design concepts, master artisanship, superb gemstones and jewelry materials: JCK is where we find them.”

Whereas the recently launched U.S. women’s brand Aurelie Gi drew masses of retailers with its vast array of stylish, stackable and cosmopolitan 14-karat gold designs, it also enchanted many a retailer with an epic array of earrings for those rocking multiple piercing chic. At the highest end of the gold spectrum, 24-karat jewelry from Istanbul-based Cevherun distinguished itself with museum-worthy classical designs, many of them one-of-a-kind.

Among the exhibitors in various “neighborhoods” on the show floor, JCK’s Design Collective gleamed with emerging independent designers who are rising stars in the industry, along with more established and innovative makers. (Those exhibiting in the Design Collective have to apply and pass JCK’s vetting process, which involves selecting only those brands that embody creative and artisanally accomplished designs, emerging trends and unique products.) This year the Black in Jewelry Coalition, which featured BIPOC designers, made its debut in the Design Collective. According to Bachmann, “This provided a platform for talented designers to be discovered by new retailers while forming new, long-lasting relationship, which is the pinnacle of a JCK experience. At JCK and all RX Events, everyone belongs.”

Another invaluable and diverse aspect of this year’s JCK involved the non-stop, informative program of keynote speakers, Showcase Stage panel discussion, press conferences and other educational presentations. On Friday, June 10, the JCK Opening Keynote was presented by Swan Sit, the former Global Head of Digital Marketing at Nike, Estée Lauder and Revlon, a.k.a. “the Queen of Clubhouse.” Sponsored by Sarine, Sit’s address, “Web3 is Coming – Navigating the Past, Present and Future of Retail,” unveiled insights on innovative platforms and technologies like the Metaverse, NFTs and Web3 that are altering the way retailers engage with customers and tell a brand's story. All of these delivered marketing and design revelations, actionable retail innovations and other news that jewelry professionals can use to maintain a competitive edge. But some of the biggest trend bombshells were dropped in manufacturer’s booths, as well.

Case in point: on June 10, Benny Landa, inventor and founder of LUSIX, a major lab-grown diamond (LGD) producer, announced that LVMH Luxury Ventures, Ragnar Crossover Fund, More Investments and other entities had just injected $90 million into his Rehovat, Israel-based company. “LUSIX will use this investment to fuel its growth initiatives,” Landa explained over lunch in the LUSIX booth. “These initiatives include the expansion of its production capacity in Israel with a second 100 percent solar-powered state-of-the-art facility. This will start production this summer. The new facility,” he continued, “will enable LUSIX to better serve the increasing demand for LGD, from its clients worldwide and from the overall industry.”

While Landa noted that, “I can’t speak for LVMH regarding their investment,” LVMH, which owns Tiffany & Co., Bulgari and other heritage brands whose reputations emanate from luxurious natural diamond jewelry designs, clearly identifies LUSIX LGDs as possessing profound intrinsic value— and global business potential. This is perhaps because LUSIX is one of a handful of LGD producers to have been certified as an environmentally sustainable business by the eminent third-party scientific standards organization SCS Global Services, which is headquartered in Emeryville, CA.

Administered by a team of impartial scientists who have zero stake in the jewelry industry, Landa ventured, “The SCS sustainable gemstone certification, called SCS-007, is to the gemstone industry what the USDA certified organic standard is to fruits, vegetables and other foods. It’s a third-party confirmation and consumer assurance that a product has been investigated and found to be as sustainable as its producers claim it to be.” (Having devised and refined internationally accepted, sustainability certification standard programs since the 1980s for agriculture, forestry and various other industries, SCS is a global leader in the field of environmentally sustainable standards creation and certification.)

But back to LVMH and its significant investment in LUSIX, whose diamond-producing reactors in Israel are solar powered. LVMH is committed to proving that it is measurably reducing the climate footprint of all its brands. At the same time, because LVMH is marketing to millennials and others seeking diamond jewelry with protected designations of origin and sustainability, investing in LUSIX makes good short term and longterm marketing sense. Moreover, it’s a matter of public record that most LGDs are produced in China, India and Singapore, countries with electricity grids that are coal-powered, and therefore the polar opposite of sustainable.

Coal-fired power generation accounts for 30 percent of all energy-related carbon dioxide emissions. When coal is burned, it reacts with oxygen in the air to produce carbon dioxide, a heat-trapping gas. Upon release into the atmosphere, carbon dioxide works like a blanket, warming the earth above normal limits. Thus, while many lab-grown diamond producers may claim that their products are “sustainable”, if they are using coal power to produce diamonds, they are in fact contributing to global warming and hence, greenwashing. With this in mind, LVMH or other luxury groups committed to proving their corporate social responsibility (CSR), establishing and maintaining consumer trust while building sustainable brand equity, have zero incentive to invest in anything but certified sustainable LGDs.

To receive the SCS-007 certification, LUSIX provides SCS with verified origin traceability of every diamond it sells. It also furnishes scientific proof that it has fully offset its climate footprint. (SCS investigates all offsets before verifying a company’s climate neutrality.) LUSIX also meets stringent environmental, social and governance (ESG) requirements that protect workers, communities and ecosystems by supporting 12 key principles. What’s more, LUSIX has been confirmed by SCS as achieving net-zero impacts for three-quarters of all production impacts associated with diamond production, and it is working to achieve net-zero in all remaining categories.

Finally, LUSIX has also made significant long-term investments in climate mitigation and support of Artisanal and Small-scale Mining Communities before receiving certification from SCS. Put plainly, the existence of SCS-007 represents an opportunity for millions of jewelry industry stakeholders to “green” their businesses and thus help limit global temperature increases to 1.5 degrees Centigrade above pre-industrial levels. (SCS Global Services even works with retail jewelers and designers to help them achieve a sustainable business certification for their stores, workshops and showrooms.)

“One can only hope that more major players in the gem and jewelry world start taking the climate challenge as seriously as LUSIX and SCS are doing,” noted John Pollard, Senior Director of Education at the International Gemological Institute (IGI). The largest organization of its kind, IGI operates 20 laboratory locations around the world that grade finished jewelry, natural diamonds, lab-grown diamonds and colored gemstones. Pollard sets the educational agenda for IGI’s 14 schools of gemology, which graduate thousands of supremely qualified jewelry professionals each year. “Today’s gem producers, designer, jewelers, manufacturers and gemological institutes will be judged by future generations on how our industry took action to lower global emissions,” he asserts. Pollard, who spoke on the JCK Talks “Responsible Sourcing” panel with Toby Pomeroy, founder of the international, non-profit Mercury Free Gold Mining organization, added, “There are many potentially viable solutions to the problem, which is why ongoing education and imparting actionable knowledge to our students, clients and the general public is key to IGI’s mission.” 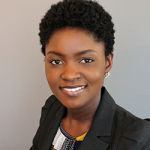