This is the second part in a series focused on the groundbreaking Life Cycle Assessment (LCA) study completed by SCS Global Services on behalf of Stella McCartney in October 2017. Read my first post here, download the full report, or view our webinar on the study.

The world’s forests – unique bastions of biodiversity and carbon storage – face multiple threats: climate change, agricultural conversion, urban encroachment, and intensifying wood harvesting used in construction and a variety of consumer products. Deforestation, occurring at the alarming rate of 7.3 million hectares each year (this according to the United Nations Food and Agriculture Organization), has been responsible for one-third of human-caused carbon dioxide emissions since the start of the Industrial Revolution. In regions such as Indonesia and the Amazon, natural forests that foster some of the world's richest biodiversity could be completely removed within just 20 years.

Fortunately, many forests, even if severely impacted, can recover in time, given responsible stewardship. A crucial first step is understanding the causes of deforestation, and the severity of related ecosystem disturbance and threatened species losses. This article addresses one such cause that has gained international attention – harvesting of wood used to produce viscose fibers, used in apparel and some non-woven textiles.

Viscose, also known as Rayon, is a type of manmade cellulose fiber (MMCF) derived from wood. Wood is harvested, processed into dissolving pulp at a dedicated mill, then shipped to fiber production mills to produce MMCF. Viscose fiber has embedded ecosystem impacts related to the harvesting of wood used to produce dissolving pulp. These impacts can vary enormously depending on the forest management system in place.

The life cycle assessment (LCA) we completed on behalf of Stella McCartney, an internationally recognized apparel brand, compared the environmental performance of ten different raw material sources of MMCF. In this study, conventional viscose produced from wood was compared with viscose developed using innovative new technologies, such as flax-based fiber substitutes. The study broke important new ground by including within its scope an evaluation of the impacts on terrestrial and freshwater ecosystems in the forests and farms from which the fibers were derived.

We applied an evaluation approach described in the draft national standard for LCA (LEO-SCS-002) being developed under the ANSI process, and in the Roundwood Product Category Rule (PCR) which we developed on behalf of the Environmental Paper Network. The study used cutting-edge data and methods to evaluate ecosystem impacts, and calculated results in two critical impact categories relevant to viscose fiber derived from wood or agricultural sources: 1) forest disturbance, including assessment of the conditions of forests harvested to produce MMCF; and 2) threatened species losses, documenting the specific species affected by harvests. These two impact categories were evaluated in parallel, using similar data sources. 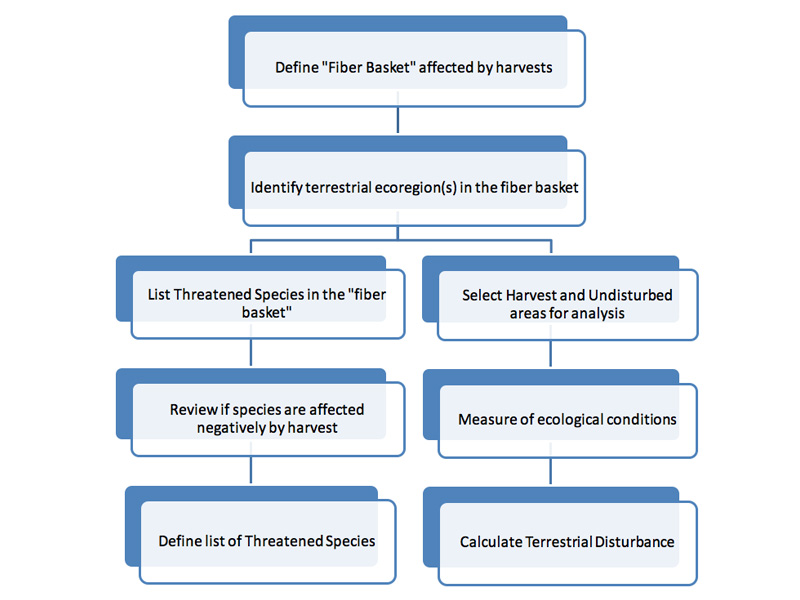 The evaluation of these two impact categories provides distinct results, reflecting the negative effects on the forest itself, as well as impacts to the threatened species in the region. When taken together, these two measurements provide a direct measurement of impacts on local ecosystems and biodiversity.

We used site-specific data that provided sufficient granularity to differentiate highly impactful forestry from low-impact practices, associated in some cases with net forest recovery. Ecosystem impacts were systematically evaluated under a practical, five-step process to ensure consistency across all considered viscose production scenarios. 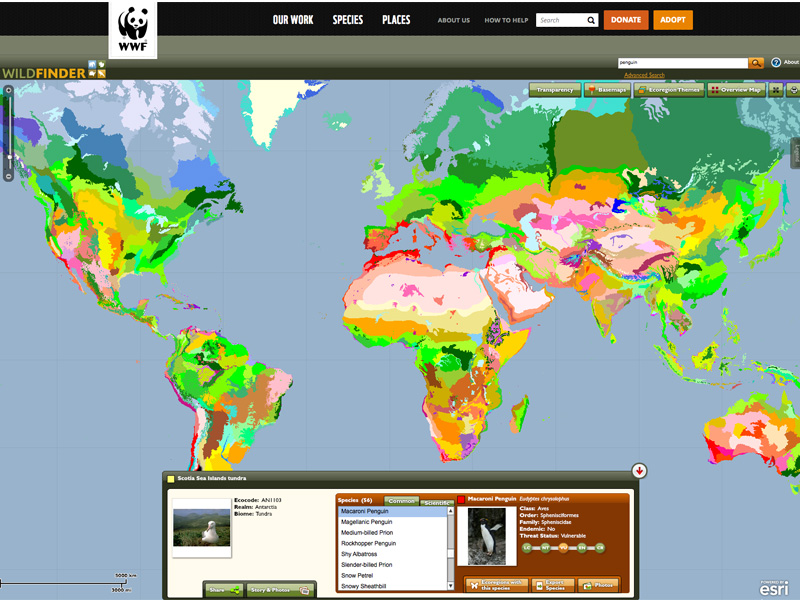 
As the final step suggests, understanding the ecosystem impact requires considering not only current conditions within ecosystems, but also the duration of disturbance and the trend in conditions. After significant and persistent disturbance, terrestrial and freshwater ecosystems can take many decades or even longer to fully recover, and some types of ecosystems may never recover fully. Similarly, conversion of intact forests to highly disturbed forests can take place incrementally over long periods of time. For these reasons, it is imperative to understand whether an ecosystem is in the process of improving or being further degraded. As ongoing, intensive land use can suppress forest recovery, one must also understand what potential recovery could be realized if harvesting were slowed or stopped. This is the “opportunity cost” of forest recovery suppression, necessary to analyze the effect of current forest management on future disturbance levels.

The second impact category, Threatened Species Losses, required identification of the threatened species in each region that are negatively affected by harvests. Again, we relied on primary data.

Through this approach, we were able to harness widely available data to evaluate fiber from diverse sourcing regions around the world. This provided a robust analysis of ecosystem impacts, and put a spotlight on the differences in impacts associated with major forest impact “hot spots” such as Indonesia.

Additionally, this approach enabled us to consider the effects on biogenic carbon, a significant contributor to the climate change impact results also reported in the study. In my next post, I will discuss how the climate change impacts from biogenic carbon were treated – as well as the importance of including impacts from Short-Lived Climate Pollutants such as black carbon and tropospheric ozone, which before now have never been included in apparel fiber LCA studies.

Click here to watch our webinar on the study.

Tobias Schultz is Director of Research & Development at SCS Global Services, and an experienced LCA practitioner. Mr. Schultz headed up the certification team for this LCA study. He can be reached at [email protected], or by calling +1.510.452.6389.