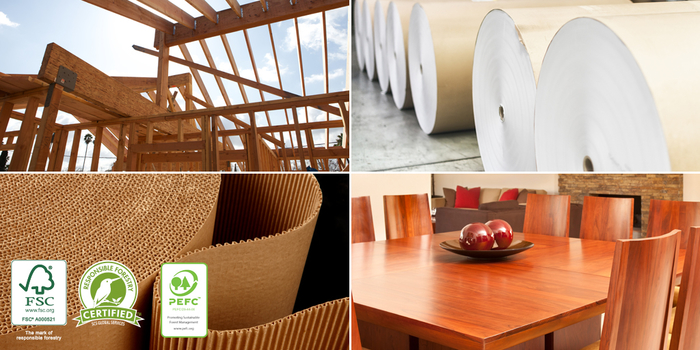 SCS Global Services (SCS) has surpassed the milestone of 6,000 Chain of Custody (CoC) certificates issued under the Forest Stewardship Council® (FSC®) and Programme for the Endorsement of Forest Certification (PEFC), certification programs that are crucial for companies in the wood and paper industries to show competitive edge in sustainability, gain broader access to markets, demonstrate the veracity of their claims, and to exercise due dilligance in risk management.

Along the path to this milestone, the Chain of Custody Department at SCS has experienced other recognizable achievements. “Our department has grown to a full-time staff of 20 people and we are now providing more guidance and educational webinars than ever before. We have auditors that have exclusively worked with SCS clients for almost a decade, and we value all the relationships we’ve built to get us to 6,000 Chain of Custody certificates issued,” said Sarah Harris, Managing Director of the Natural Resources Division at SCS Global Services.

HP Inc., one of SCS’ longest-standing FSC & PEFC CoC clients since 2009, aims to reduce the environmental impact across its entire value chain. Christy Mitchell, Engineering Project Manager at HP Inc. explained, “With SCS’ expertise in forestry standards worldwide, and their ability to navigate our complicated landscape at HP, we had set a forestry goal of 50% FSC-certified and post-consumer recovered fiber in HP brand paper products and reached it in 2014—a year ahead of schedule. SCS helped HP earn an FSC Leadership Award in 2016 and helped to achieve a spot among The Gartner Supply Chain Top 25. Going forward, our goal is to maintain all of our paper products as FSC or PEFC™ certified, as well as growing post-consumer content, and we are confident that this partnership with SCS will continue for years to come.”

EeStairs is the 6,000th client to be awarded a Chain of Custody Certificate by SCS Global Services, and they look forward to their FSC certification strengthening their image as a leader in their marketplace. Cornelis van Vlastuin, Creative Director at EeStairs said, “We are the market leader in feature stairs, and as a leader you have to stay on the front line. Although wood is just one of the materials we’re using, it is a major component in most of our projects, so the move toward green building with LEED and BREEAM was essential for us. Working with SCS Global Services to make that move and achieve FSC Certification ensured that the process was smooth from start to finish and fluent with our goals.”

SCS Global Services has been a global leader in third-party environmental and sustainability veriﬁcation, certiﬁcation, auditing, testing, and standards development for more than three decades. Its programs span a cross-section of industries, recognizing achievements in green building, product manufacturing, food and agriculture, forestry, power generation, retail, and more. In addition to its Emeryville, California, headquarters operation, SCS has affiliate offices in Latin America, Asia/Pacific, Europe and Africa. Its broad network of auditors are experts in their fields, and the company is a trusted partner to many environmental NGOs due to its dedication to quality and professionalism. SCS is a Chartered Beneﬁt Corporation, reﬂecting its commitment to socially and environmentally responsible business practices.