The company currently synthesizes diamonds at its sole operations center in the Israeli city of Rehovot. It uses the chemical vapor deposition (CVD) method, which bears some similarities to digital printing, the discipline for which Landa is famous.

It’s about to begin building a new factory in Modi’in, central Israel, which will be several times larger than the current facility, the inventor and technology pioneer revealed at the end of last month. The company is aiming for “substantial industrial capacity,” he said, though he declined to provide production data.

“We’re investing massively now in expanding our capacity, because we see demand is huge and won’t be met in the foreseeable [future],” Landa commented.

Landa founded Indigo Digital Press in 1977, selling it to Hewlett-Packard (HP) in 2001 for $830 million. His business group still encompasses a broad range of sectors, including nanotechnology and nanography. The idea of creating lab-grown stones arose because a clean-energy project the company was working on involved creating diamond-coated electrodes.

“The head of the project came to me and said, ‘You know, Benny, we’re so good at growing diamond. I think we can grow it in three dimensions, single-crystal diamond of very high quality,’” Landa recalled. “So we evolved our process into this three-dimensional growing process that gave us a lot of control, and we felt we could produce gem-quality diamonds that were different from the technologies others used for growing.”

The company of around 100 employees — and 76 reactors across two rooms — produces rough with an average color of F to G and an average clarity of VS, a spokesperson said. Founded in 2016, it held its first commercial sale in late 2019. It sells its goods to the market in the rough form, marketing them as “as-grown” — meaning there was no post-synthesis color treatment. The company recently received sustainability accreditation from SCS Global Services, a standards organization.

Listen to the podcast here. 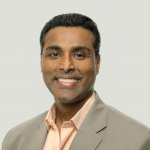